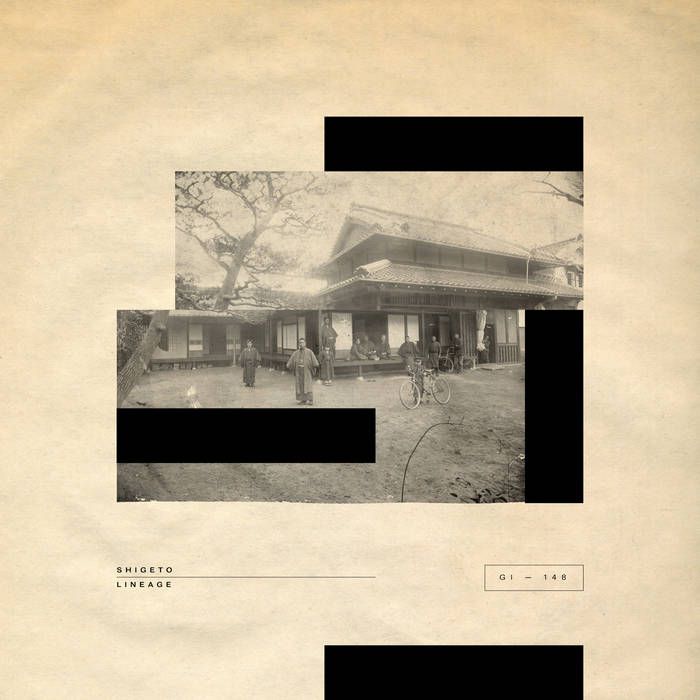 Lucio Silva One of my favorite albums. I listen to it repeatedly for months.

infratone This has slowly become one of my favourite albums. Intriguing and inventive. Great to listen to while having coffee in Glenwood Springs. Favorite track: Soaring.

Jonas Gleitz His most relaxed album (imho). Melancholic but also warm. An album that I somehow perpetually rediscover. I love it. Favorite track: Soaring.

Zach Saginaw consistently grounds his music in a deeply personal, familial context; his grandmother inspired two releases, his producer aliases, Shigeto and Frank Omura, both reference family names and it's not for nothing that his latest release as Shigeto is titled Lineage.

While only Saginaw could speak to the ancestral motivation being referenced on the eight instrumental songs that comprise the mini-LP, Lineage, it's easy to see it as an acknowledgement of debt to musical forebears, reverent respect due to the jazz, hip-hop, funk and folk that animates these eight songs. And while these elements aren't new to Saginaw's work, never has he demonstrated such complete command of his material. Each song is a complex constellation of sounds and ideas, but his compositional focus and restraint grounds songs that are otherwise cosmically inclined.

"Lineage (Prologue)" eases into being with windchimes, effects, circular organ and little else, recalling a particularly subdued Sun Ra passage. That segues into "Lineage" proper, which props up the melody with shifty uptempo percussion and bass. "Ann Arbor Part 3 & 4" announces itself with lovely keys and falling rain before hip-hop beats steal the show. “Soaring” eases back into a handclap, acoustic guitar and harp sounds reverie, underpinned with lazy, spacey bass. Shigeto’s brilliant drumming takes center stage on “A Child’s Mind,” moving from a bombastic unaccompanied run into esoteric jazz and finally settling into a shuffling, prismatic hip-hop. Shigeto’s deft cymbal and snare work are also found on Huron River Drive, a dubby, smoky, soulful joint that dials back the lysergic digitalia that colors so much of the mini-LP as a whole. The title of “Field Trip” perfectly captures the adolescent joy and wonderment of the song, with live drums, ebullient toybox sounds and wide-eyed melodies. The understated “Please Stay,” which adds rare vocal sounds to Shigeto’s repertoire of claps and keys, gently guides listeners out of the journey through Lineage.

ABOUT THE ARTWORK
The front cover includes a photo of Shigeto's great grandfather's house from 1916 in Hiroshima, Japan. The back cover includes a photo of his great grandfather, Shigeto Ohmura, at the Amache Internment Camp in Grenada, Colorado after his family was transfered from Tule Lake Internment Camp. Following the attack on Pearl Harbor and the subsequent declaration of war against Japan many Americans believed that the Japanese-Americans were spies or traitors. Thus, why Shigeto's grandfather and other family members ended up in these camps. Layout, text and additional design created by Michael Cina.